It all started on Twitter, of all places, when Mic Righteous basically said another rapper Fee Gonzales, was trash after he had compared himself to Lil Wayne: 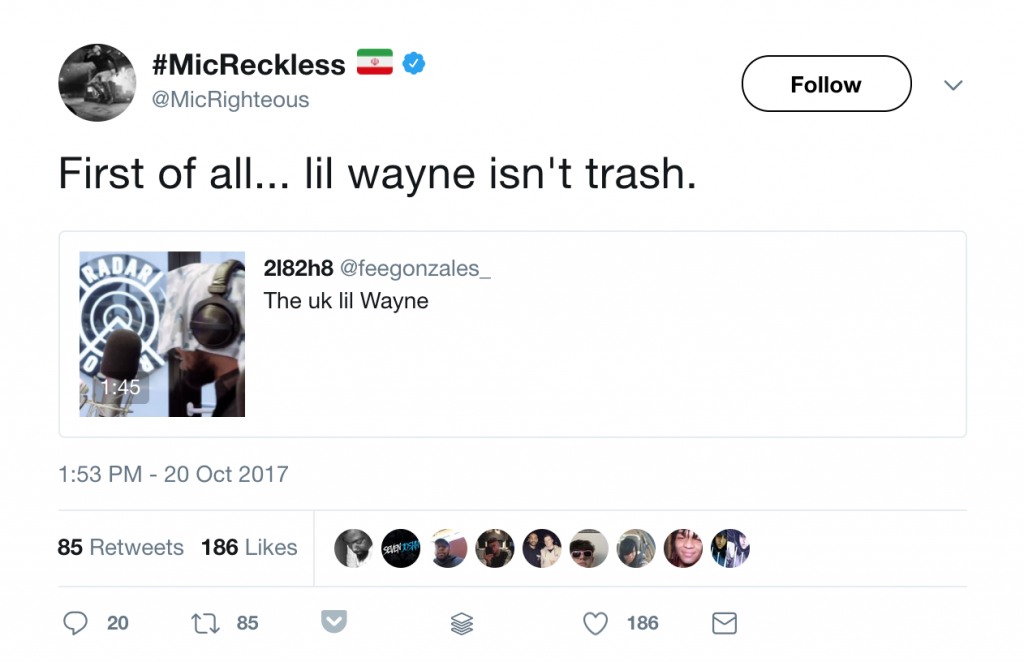 AJ Tracey jumped in, criticising Mic and saying he wouldn’t have the same things to say in person: 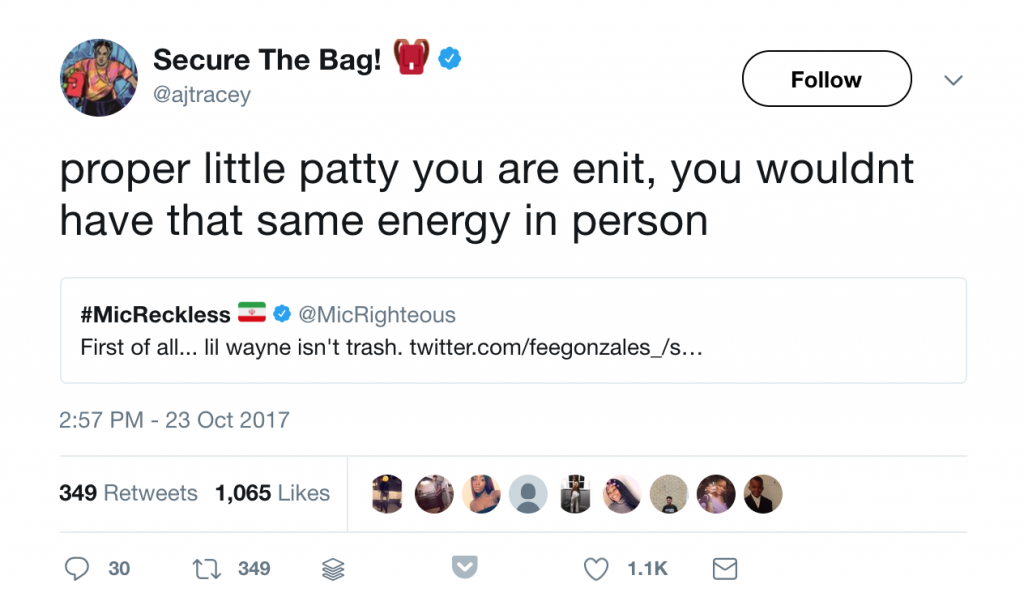 Mic responded and took the war of words up a level:

And AJ Tracey shot back, telling Mic to go make some music and is ready if they see each other: 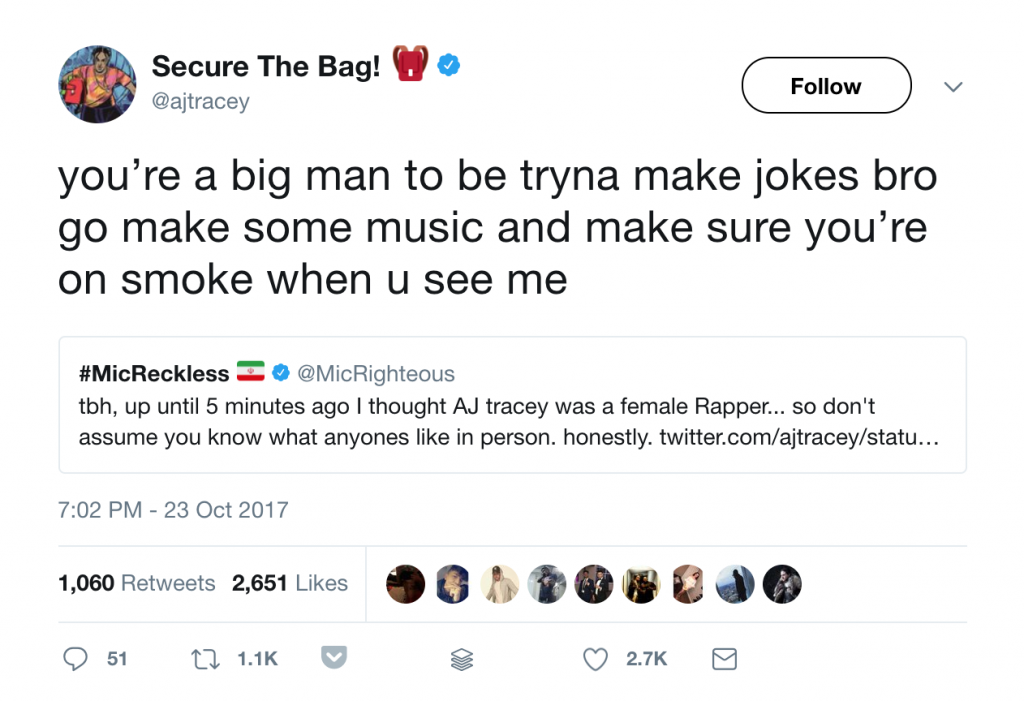 Then we got our first hint their might be track coming from Mic, as he let everyone know he is in the studio: 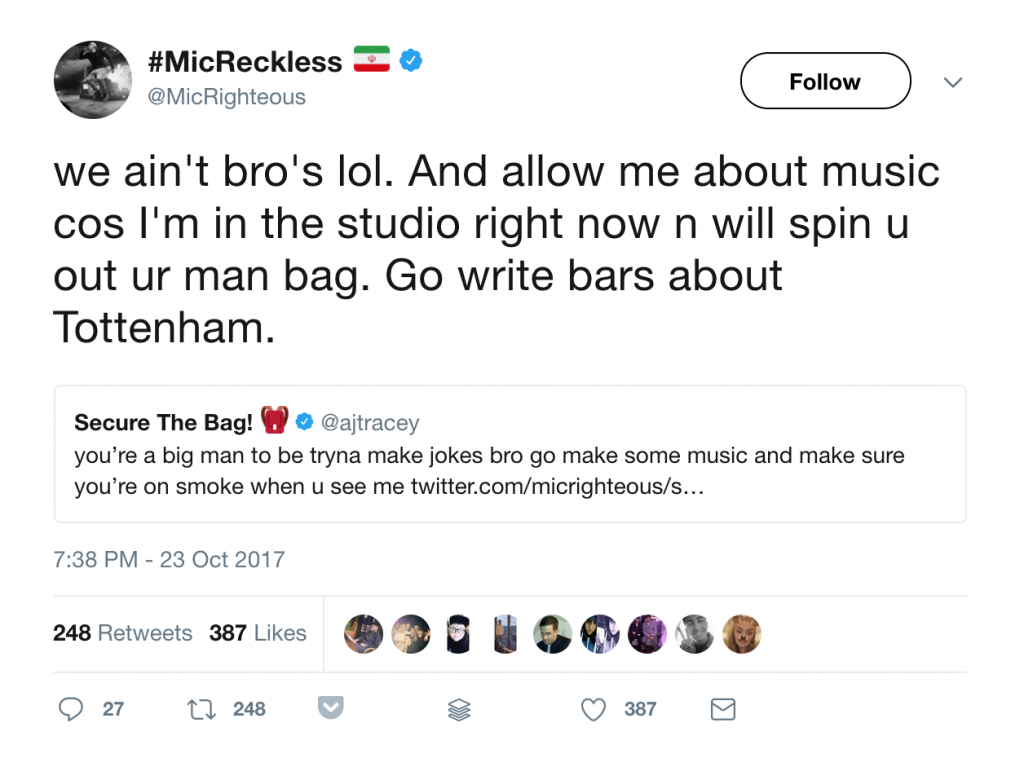 Mic Righteous then put out a couple more tweets:

AJ Tracey in a since-deleted tweeted asking himself why he gets drawn out, before Mic screenshot it and replied he didn’t ask him to get involved: 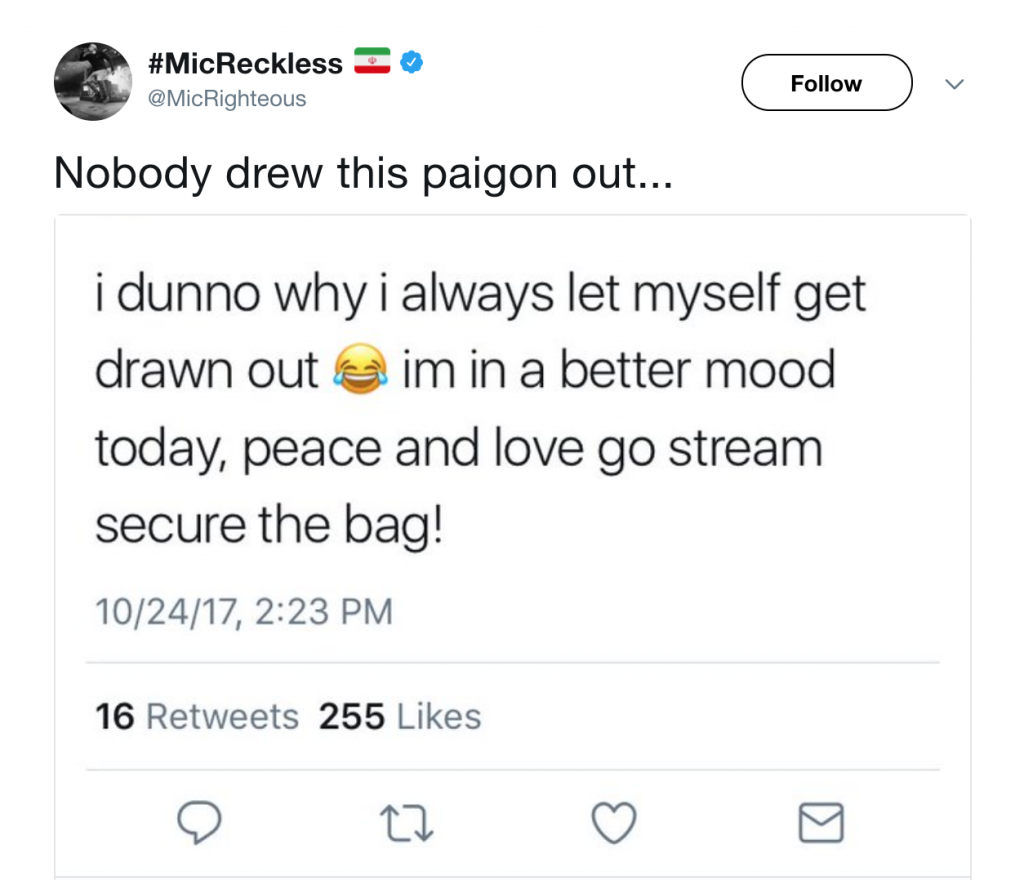 Before AJ added he doesn’t reply to sends or indirects.

October 27 2017
There were rumours it was coming, Mic had been in the studio on his Snapchat, but it still caught people off guard.

Mic Righteous dropped ‘Acne’ (AJ Tracey Send) on a Friday night, re-igniting the beef after a couple of days of silence from both parties. Check out all the lyrics to Acne on Genius.

When he dropped the video he put it out with the accompanying tweet, saying “This pussy @AJTracey tried draw me out now u got what u want! u got a week to reply then I’m at ur neck again. Safe”.

This pussy @AJTracey tried draw me out now u got what u want! u got a week to reply then I'm at ur neck again. Safe https://t.co/jeEyuaZCmo pic.twitter.com/HOe1xoOD5U

Will AJ Tracey reply? He was performing in Norwich the night of the video release, so stay tuned to see what happens…